Le Luth Doré would like to use cookies to store information on your computer, to improve our website. One of the cookies we use is essential for parts of the site to operate and has already been set. You may delete and block all cookies from this site, but parts of the site will not work.
Accept Privacy policy

Skip to the end of the images gallery 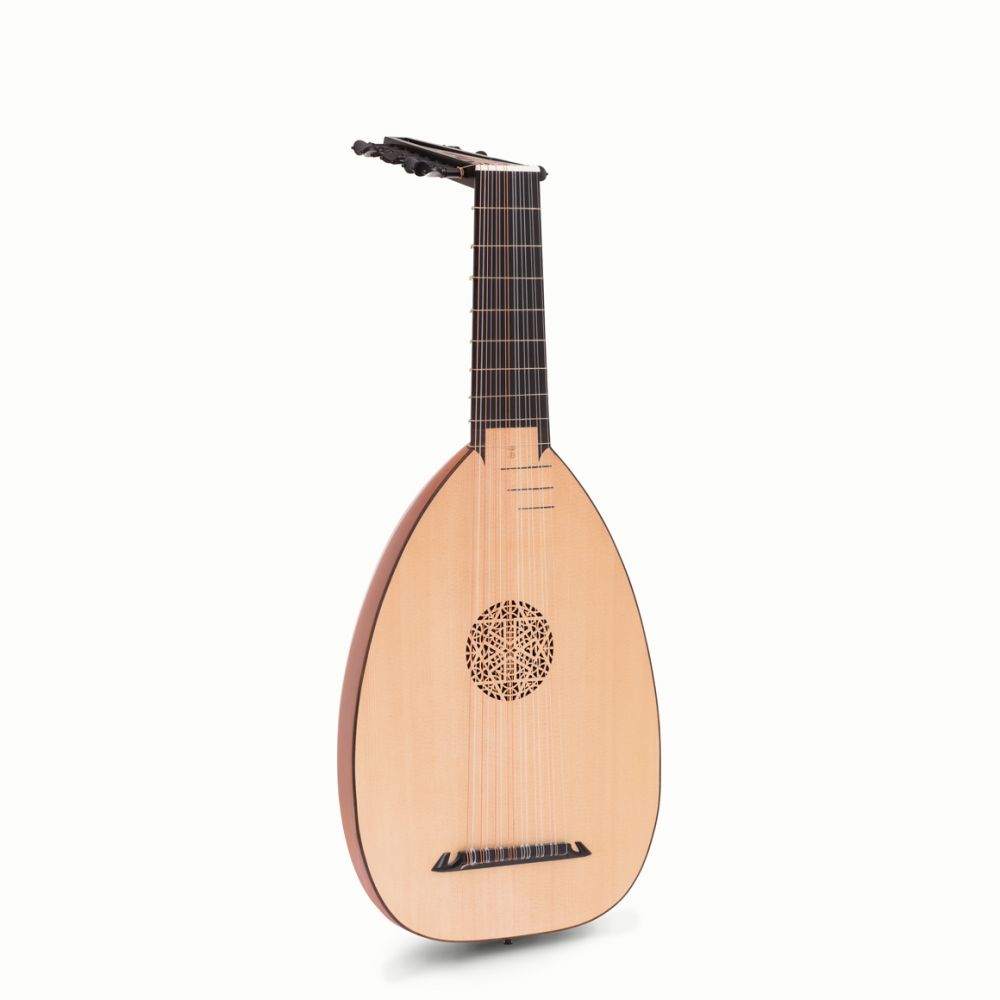 Skip to the beginning of the images gallery

Unique masterpieces produced by the hands of craftsmen

The tone, resonance, and beauty of fine instruments are all dependent upon the wood from which they are made. The wood used in the construction of LLD® lutes, early guitars and mandolines is carefully chosen and aged to guarantee the highest quality.

Each LLD® instrument is a work of art that begins with the selection of the finest materials and is brought to perfection with great passion.

With select solid woods and impeccable workmanship, LLD® instruments will satisfy anyone looking for a truly superior sound and an unique experience with exquisite early music instruments.

All LLD® instruments are sold with modern, exclusive and refined fiberglass hard case, featuring a convenient climatic system to ensure your instrument great protection against travel, storage and climate changes.

History of the lute

The lute is probably the most widely distributed type of stringed instrument in the world. In Europe, the lute enjoyed great popularity from the 15th-18th centuries where it had an important role in both courtly and popular music. It is depicted with great frequency in artworks from the Middle Ages, Renaissance and Baroque periods. It was the principal plucked string instrument of its time. It originated in the Middle East as the Arabic ʿūd. The instrument was brought to Europe in the 13th century where it was adapted to suite local musical styles. The European lute has a deep, pear-shaped body, a neck with a bent-back pegbox, and strings tied to a bridge glued to the instrument’s belly. European lutes have a large, circular sound hole cut into the belly and ornamented with a perforated rose carved from the belly’s wood.

The earliest European lutes followed the Arab instruments in having four strings that were plucked with a quill plectrum. By the mid-14th century the strings had become pairs, usually referred to as courses. These were tuned in unison or, in the bass strings, at the octave. Late in the 15th century, the plectrum was abandoned in favor of playing with the fingers, movable gut frets were added to the fingerboard, and the instrument acquired a fifth course. The frets were important as they opened the way for lutes to play multiple notes or chords and still be in tune.

By the 16th century the classic form of the Renaissance lute was established, with its six courses of strings (the top course was a single string) tuned to G–c–f–a–d′–g′, ascending from the second G below middle C. Later in the sixteenth century, additional courses of strings were added to the 6-course instrument. Some of leading lute makers of the time included Laux Maler, Hans Frei, Vendelio Venere, Moeses and Magno Tieffenbrucker.

As the instrument developed, it playing technique was systematized, and a custom made tablature notation developed using the horizontal lines of the traditional staff to represent the courses of the lute and then, either letters or numbers to indicate the notes. In effect, the tablature tells the player the frets to be stopped with the left hand, the strings to be plucked by the right hand, and the rhythm as well.

The archlute, chitarrone and the theorbo

By the early 17th century the 7-course lute was extended by the addition of extra basses, resulting in lutes of 8, 9 and 10 courses. Instruments changed in line with these additional bass strings, or diapasons, which required the widening and lengthening of the neck and head of the instrument. Such modified instruments were called archlute, chitarrone and the theorbo.

Shortly after 1600, modified tunings were introduced by French lutenists giving rise to a few decades of great experimentation. However, by around 1650 the scheme known today as the "Baroque" or "D minor" tuning became the norm and the number of strings grew even more to 13 by the 18th century. The first six courses outline a d-minor triad (ascending A-d-f-a-d’-f’) followed by an additional 5 to 7 courses, descending stepwise from the low A. Lutes in D minor tuning today are known as Baroque lutes and can have 11, 12 or 13 courses, according to the nature of the different types of repertoire.

Modern lutenists tune their lutes, vihuelas, archlutes or theorbos to a variety of pitch standards, ranging from A = 392 to 470 Hz, depending on the type of instrument they are playing, the repertory, the pitch of other instruments in an ensemble and other performing expediencies. No attempt at a universal pitch standard existed during the period of the lute's historical popularity. In modern days it is usual to tune the Renaissance lute in A to 440 Hz and the Baroque lute in A to 415 Hz.

Reviews 4
Write Your Own Review
× 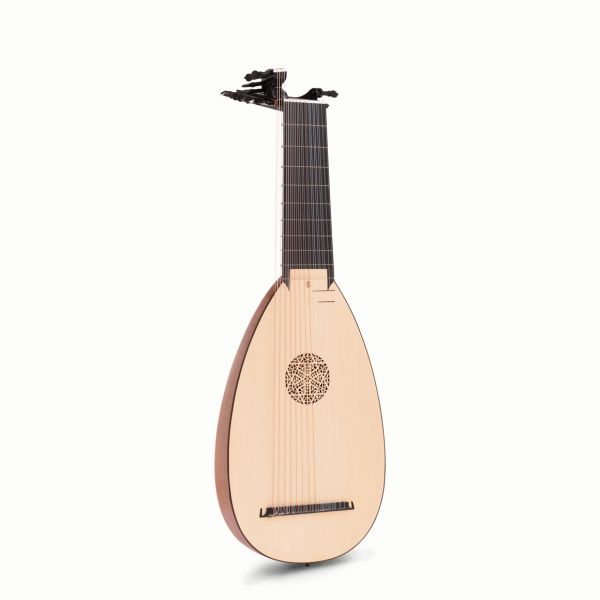 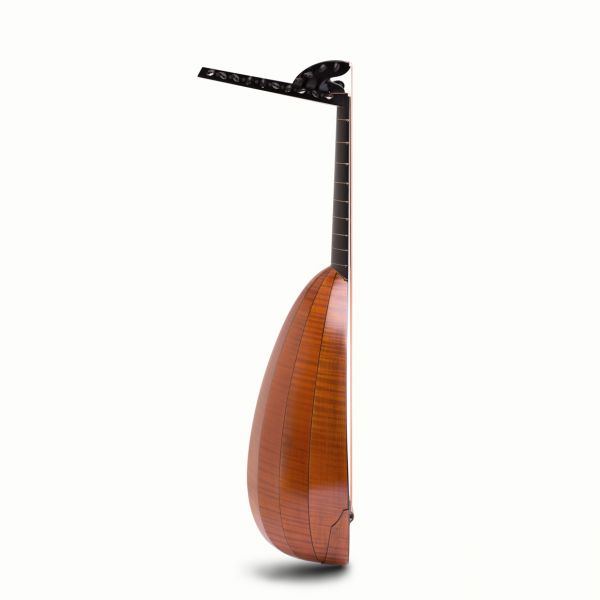 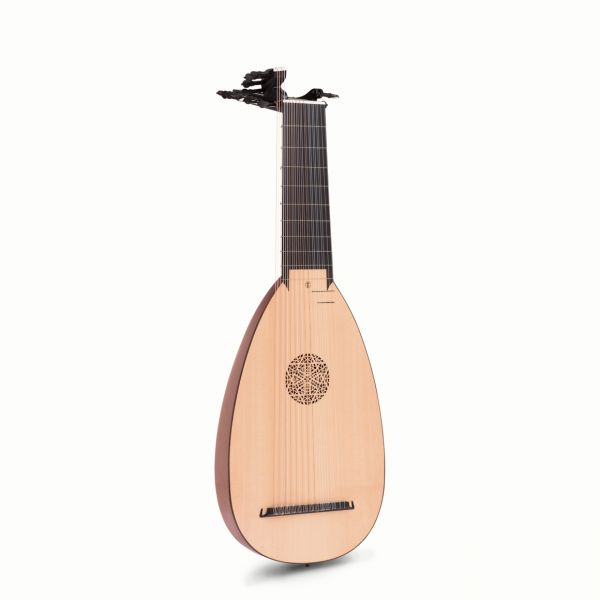 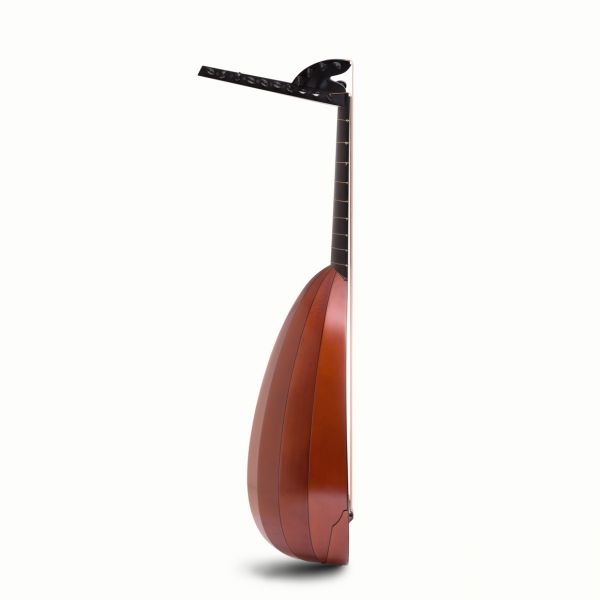 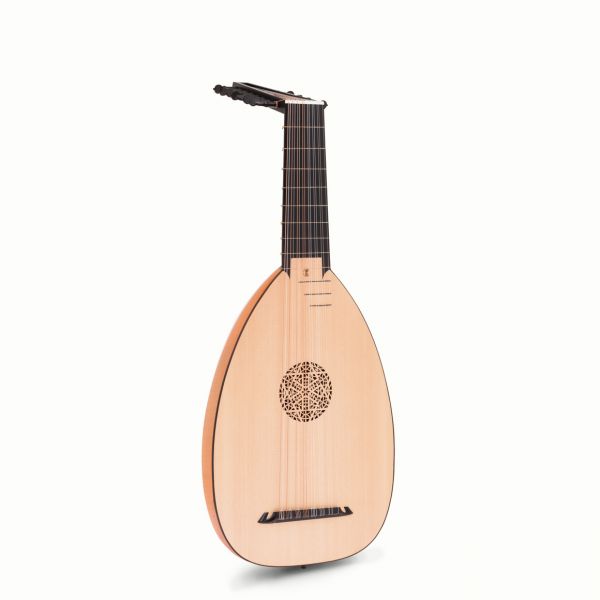 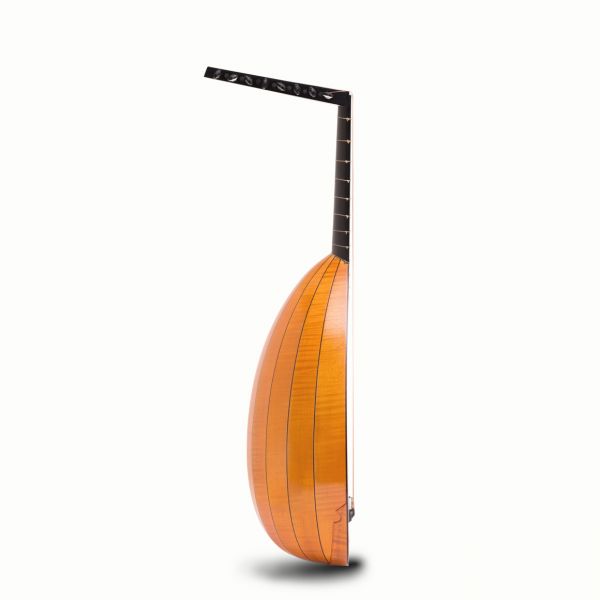